So there has been a little bit of time and several social media posts since December 26, 2015. What is the significance of that date you ask? Mark and I got engaged! Woo! So to let you all in on the story of how it happened, sit back, relax, and prepare yourself for the sweetest engagement story of all time (at least I think so *wink wink*). 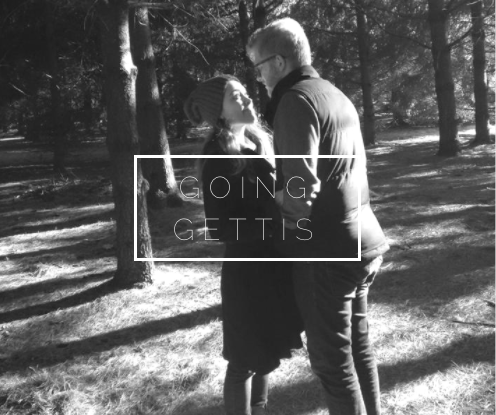 What started out as an annual family trip to NYC and Brooklyn soon turned in to the best day of 2014! Mark and Natalie took the subway to Brooklyn Roasting Company to get some coffee and decided to meet up with Mark's family on the Brooklyn Bridge shortly after. As they boarded their first train, they realized they were lost. After changing trains, walking a few blocks, and then getting on another train, they finally found the coffee house. Natalie wanted to take pictures of everything (no surprise there) and Mark was bumping into people, trying to pull a "push" door, and acting very fidgety. Little did Natalie know that it was because he was about to propose! 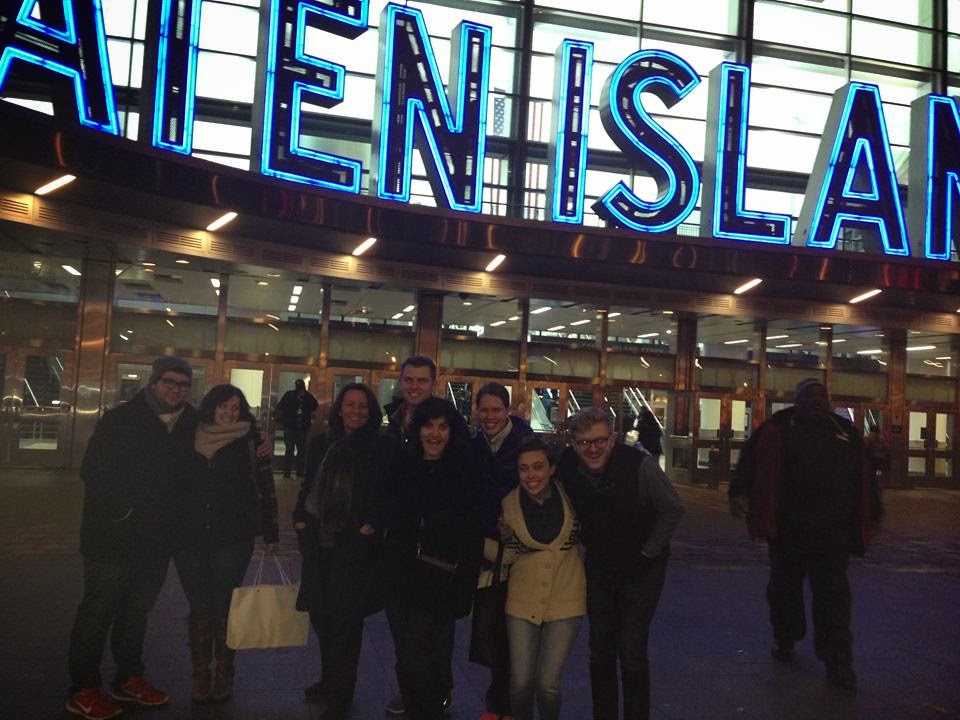 After their lattes, they walked to the pier right below the Brooklyn Bridge and took a few more pictures. Natalie was talking and talking and making jokes and finally asked if they could go up to the bridge. Mark asked Natalie if she wanted to put a padlock on the bridge that had their names engraved on it, so she wanted to get a move on. Before they left, Mark asked if he could talk to her. He took the padlock from his pocket to show her. It read "Mark + Nat" and was a very sloppy engraving, and Mark admitted to it, too! Then he said the other side was a lot nicer and they could use it instead, if she answered one simple question.
Oh my goodness. This was really happening. It's happening!
Mark looked into Natalie's eyes and began to smile. "Where is your family? Are they around? Is this really happening??" "They're up on the bridge, but you have to stop talking because I want to ask you something." "You're not going to get on your knee are you? There are so many people here! Babe, we can walk over there if you want..." "Shhhh!" 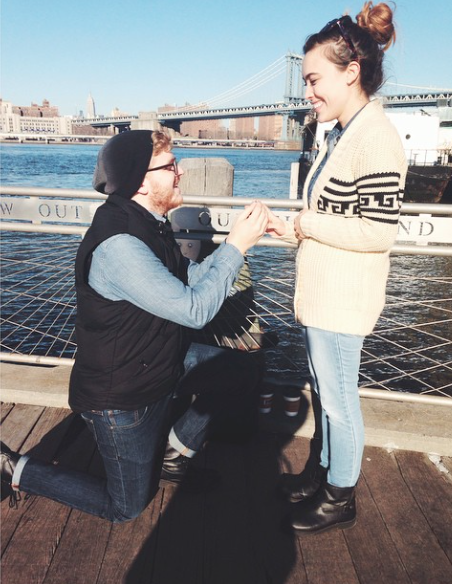 Mark got down on one knee and told Natalie how he cared for her and wanted to spend forever with her. He promised to love her always and provide for her and that she was his best friend. He presented the key to the lock and hooked on the bottom was her engagement ring. Through smiles and tears, she said yes and Mark turned the lock over. It read "She Said Yes!" and they met his family on the bridge where they took a few pictures, locked the padlock to the bridge (at the arch closest to Manhattan) and celebrated with some Sbarro's pizza! Betsy and Aj got engaged on Christmas Eve too so we celebrated with them and Betsy and I jumped up and down and couldn't stop talking about being brides and our weddings and how excited we are! I can't believe I'm engaged!! And Betsy is going to be my sister-in-law! God is so awesome! 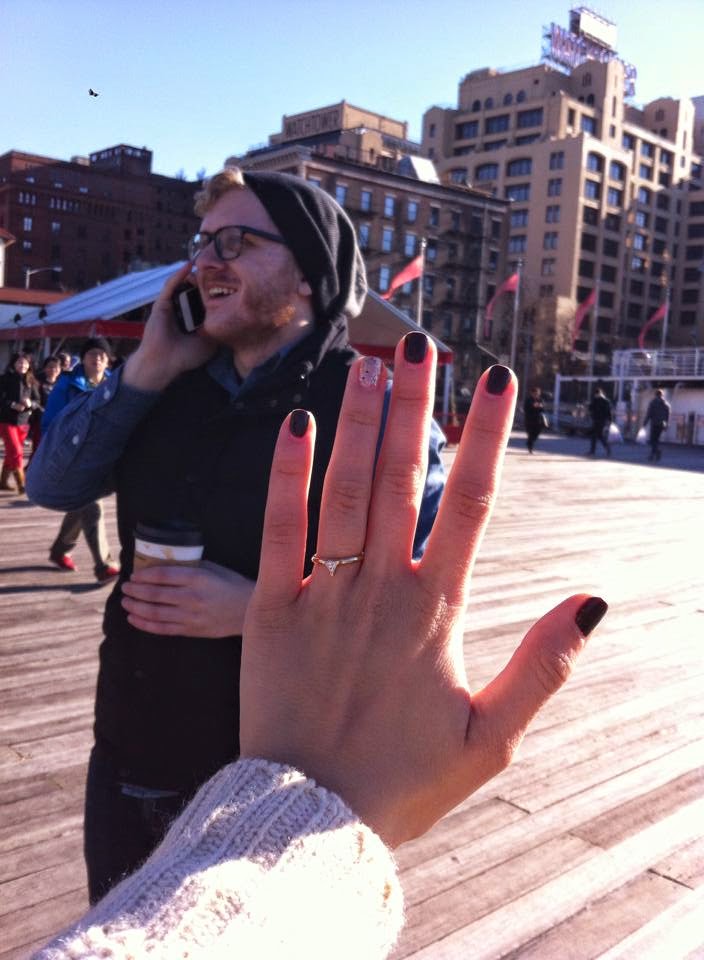 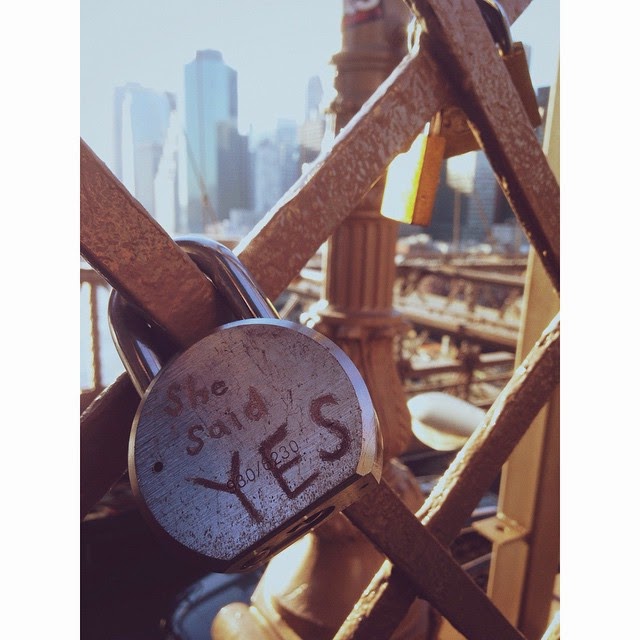 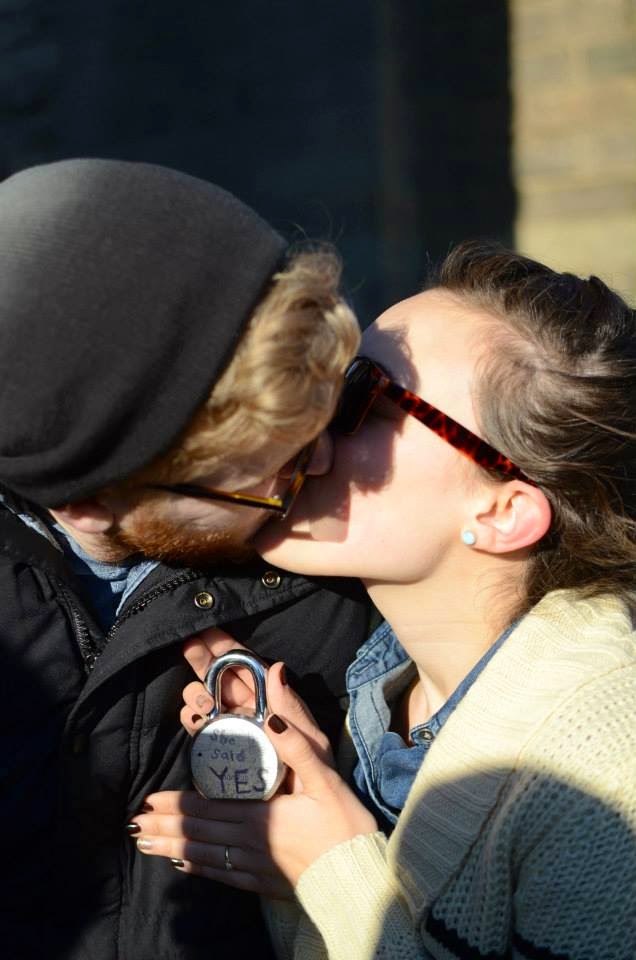 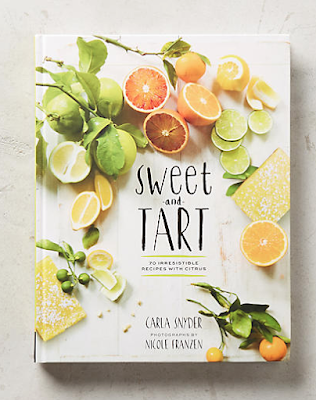